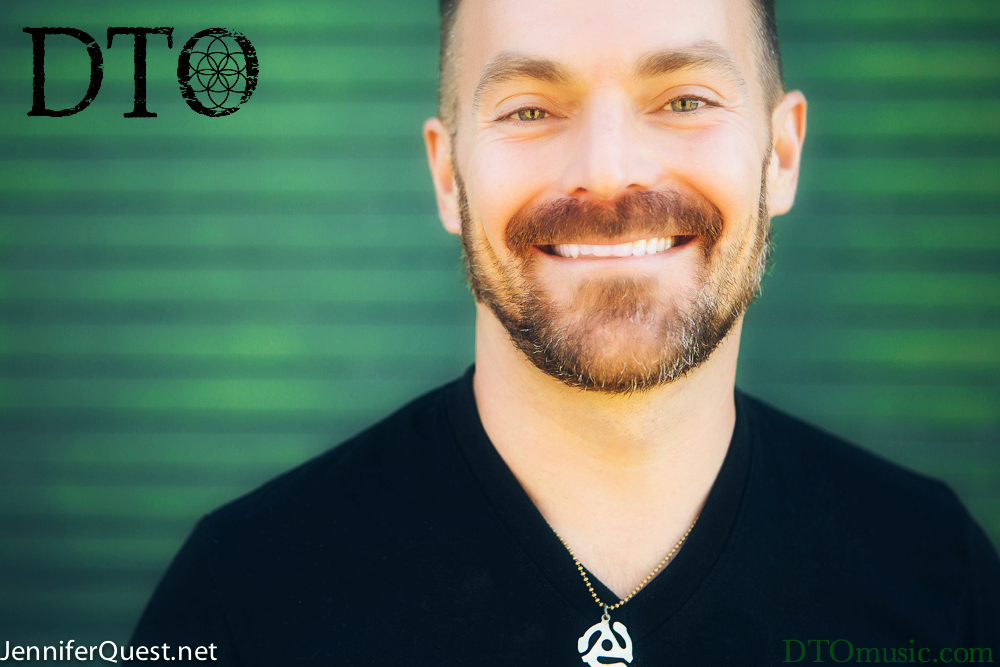 DTO composes, performs, and teaches piano and electronic music for yoga, weddings, and inspirational events to heal and awaken. 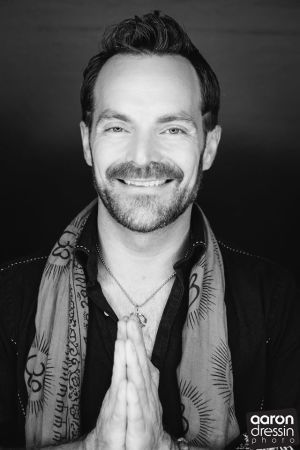 DTO is from a small town in Iowa and has had an eclectic musical journey since birth.  DTO’s mother is a vocal and piano instructor at a community college back home and encouraged him to play piano at a young age. It was a family effort as his father, a school teacher, supported his musical journey by driving him to multiple piano lessons throughout his childhood years.

After taking lessons for several years, DTO experienced a breakthrough moment of composing his own music around 8 years old. At 10 years old, DTO developed a passion for playing the drums and subsequently began playing the synthesizer and drum set in various high school rock bands. He also played in the marching band, concert band, pep band and jazz band throughout his high school and college years. After choosing the path of becoming a Spanish teacher, he fell in love with the global music scene. 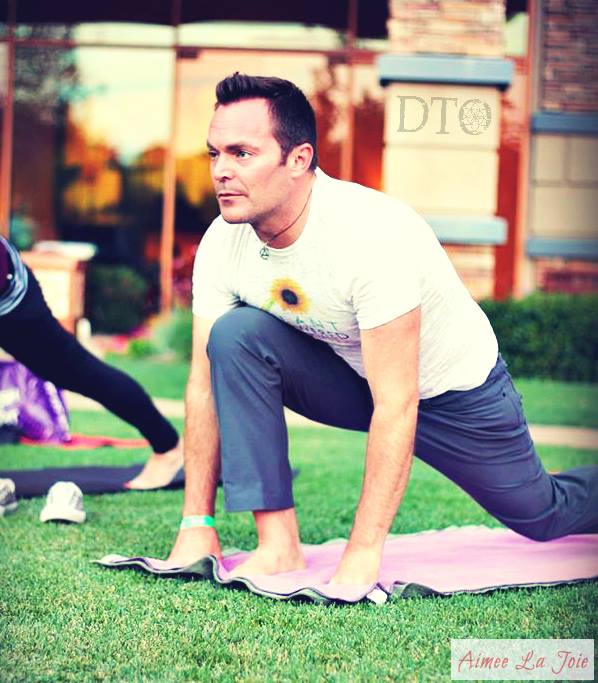 Everything unified for him when he began his personal yoga practice in 2011 and through it was enlightened to discover patience, diligence, and creativity as pathways to expanding awareness on and off the mat. His big “Ah Ha Moment” happened during a Dharma Mittra yoga class + live kirtan music class at Bhaktifest in 2013. In this particular moment  he was in awe as he felt the vibration of live music penetrating into his soul while opening up to receive it through asana yielding harmony with his mind, body and spirit. In that moment he became one with his own dharma (life purpose) as the experience called to him to produce and perform a yoga music album combining his love of the practice and his love for music into a new passion – becoming a yogi musician. This idea has now come into fruition years later with his newly released album Nameless Energy.

Nameless Energy is a full-length album designed to sinuously flow with the dynamic of an hour-long yoga class from the beginning with his song called “Breath” and ending with “Bursting Stars (Savasana).” His songs combine him playing piano, digital music production, collaborations with several vocalists, and powerfully moving sanskrit mantra to further the awakening and expansion through their sacred sounds. His track Jai Ram was enjoyed and tweeted by Deepak Chopra in June 2016 encouraging all to “Explore the power of mantra by listening to “Jai Ram” ft. Tara Devi on the #NamelessEnergy album by @DTOmusicpage.”

DTO believes that through inspirational music we all soulfully heal and uplift our human experience. He is part of a powerful crew of musicians known as Buddha Music Group who together all contribute to “raising the vibration of the planet through art and music.” He has co-created yoga + music with world renowned yogis Cristi Christensen, Fig Newton Campbell, and Kino MacGregor and performed his full-length Nameless Energy album at countless yoga classes and events throughout Southern California including Bhaktifest 2016 where his original idea sparked 3 years prior. 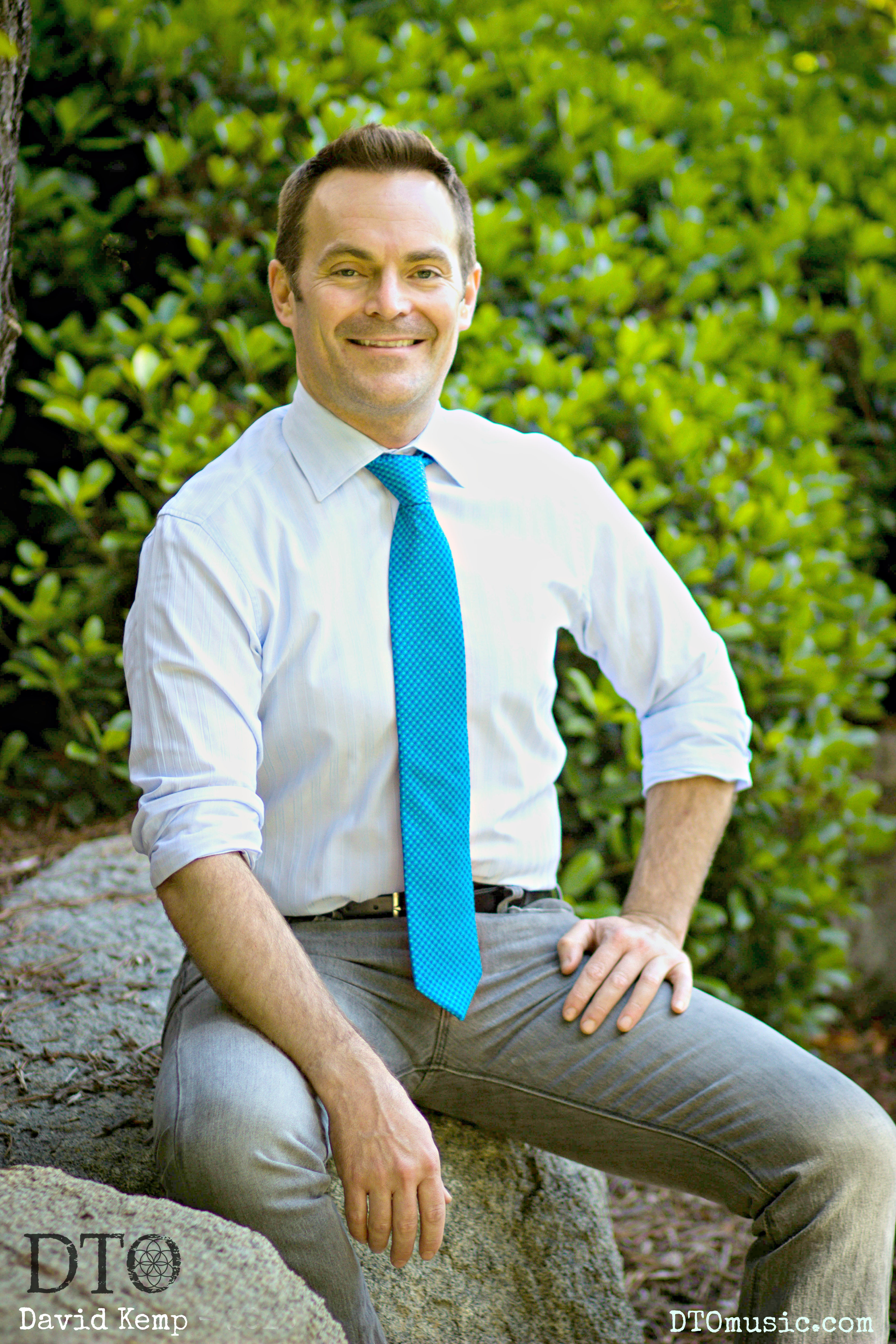 Aside from being a yogi, and yoga musician, Dave is also a high school Spanish teacher by day and since the release of his album has connected deeper with his students by sharing his music with them. He also privately teaches piano lessons and music production to aspiring artists. He is currently taking his passion for teaching to another level while doing his Yoga Teacher Training to be able to further unify his aspirations by not only sharing his music during class, yet also being the voice of guidance through the entire experience. He will be certified to teach in December of 2016 and has been invited to make his debut as a yoga teacher leading a class at the San Diego Yoga Festival in January 2017.

DTO has a compassion and love for all living beings which translates into his devoted vegan lifestyle that has drastically improved his own health and well-being and has motivated him to start his organizations Plant Powered Living and Plant Powered Kids. These organizations focus on sharing fresh and innovative tools that empower lives in the areas of health, nutrition, fitness, compassion, beauty, sustainability, conscious living, and all things fabulous. Plant Powered Kids is dedicated to strengthening the bond between parents and their little ones to bring families together to the dinner table to share, grow, and trust one another one plant powered meal at a time to change the way we nourish ourselves through a “whole self” mentality.

All around DTO is a powerful vessel for changing lives, uplifting and awakening souls, and bringing ones closer to their healthiest, best self through several avenues and his dedication to his mission will surely continue to transform listeners of his music, students in his classes, participants in his events and anyone else he meets along his way as his energy is contagious and he walks the path of his ideals with a beaming smile and eagerness to share it with the world.